Three Days off At Amazon

Our weekend starts on Thursday we have three days off from Amazon.com. The neighbor next door notice my truck had a oil leak and came over to tell me. I went out to check it out and sure enough it was. The truck is a 2008 and only has 45000 on it. I called the Dodge dealer in Independence, KS for a appointment they said to bring it in Friday and I thought o boy being Friday I would have to leave it and have to rent a car for a week. We arrived at 7:30 and they got it right in.
As it happened it is the weekend for Kansas largest annual celebration called Neewollah that's Halloween back wards its a pretty big deal around here. My sister in law is from Independence, KS so she comes down every year for her class reunion and the celebration. She came by the dealer ship and picked us up. Went to a local cafe for a great breakfast and then she gave us a tour of her home town.
Stella and Angela 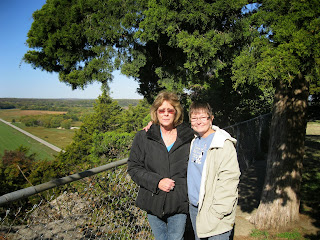 She took us to Elk City Army Corps lake 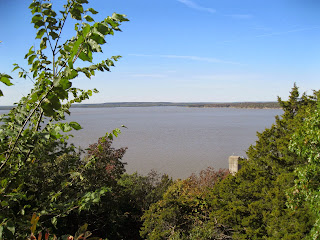 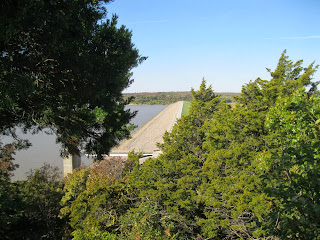 Time for that Kodak moment... 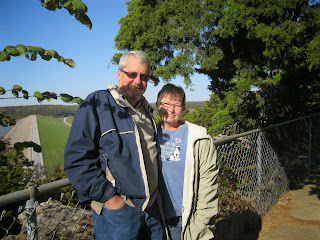 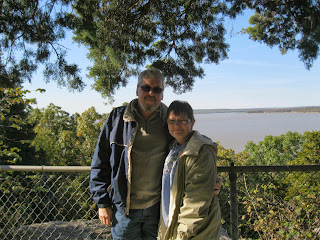 At about noon the dealer ship called and said the truck was ready. They told me it was a small plug in the side of the block that was leaking and needing cleaned and some kind of sealant put on it. And sir that will be $165 and thanks for coming in. I guess it could have been worse and cost a lot more.
Later in the day Friday we meat up with another couple we work with for happy hour and dinner in the little town of Liberty, KS. The place is called Jack's and its the only retail business in the town other than a grain mill. Population 120 great food its a hang out for Amazon workers. ﻿ 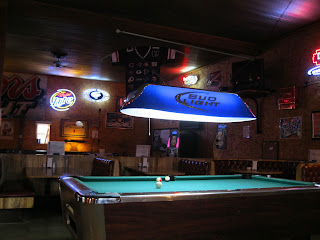 Today Saturday is our day of rest we start our 4 day week Sunday Angela is getting lunch and dinners ready. After getting up at 4:30 am and getting home after 5:00 we our to tired to do much but have a few beers for the pain and a bite to eat then it time to go to bed and start over.

Posted by Kenny And Angela's Adventure at 10:40 AM 6 comments:

Week One Down At Amazon

We worked Sunday thru Wednesday 6:30 am till 11:30 5 hour days. This week we start 10 hour days. I have a feeling I'm going to be real tired this week. I may not comment on a lot of blogs but will try to read a few.


Friday we took a drive to Independence, KS for lunch and some site seeing. About 13 miles south of town we found the Little House On The Prairie Site. Of the Laura Ingalls Wilder fame. You can get the real story here or you can just read mine .lol   http://www.kansastravel.org/littlehouseontheprairie.htm﻿ 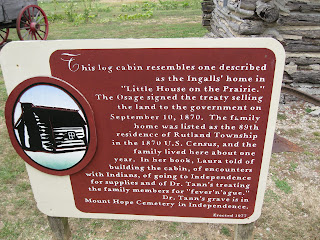 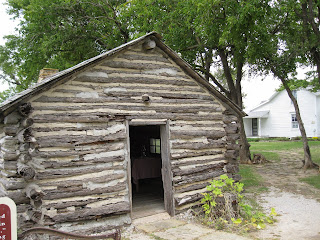 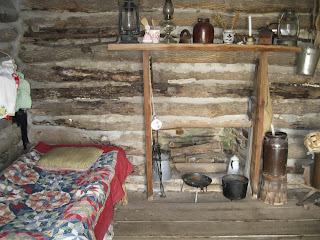 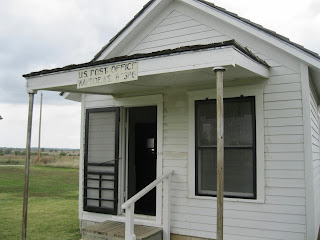 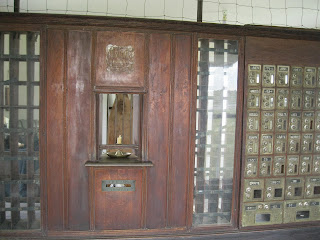 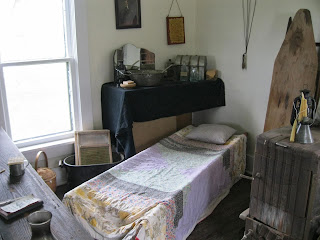 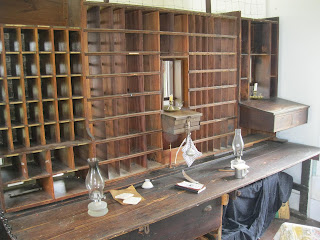 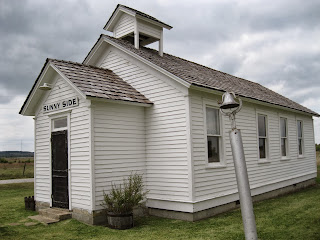 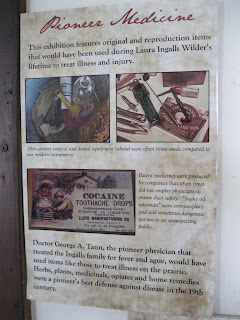 The nurse's office at school. How would you like the teacher to be giving your child "Cocaine Toothache Drops" 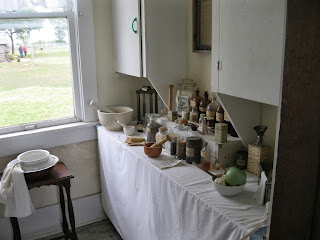 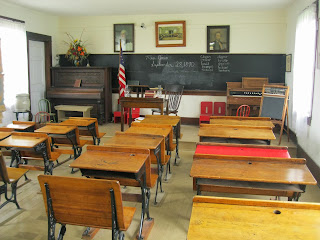 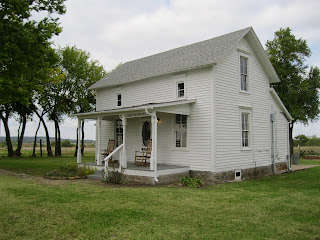 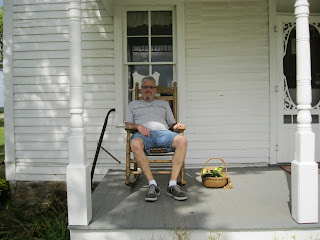 Me taking a little rest on the front porch. If I had a white suit on it would look like Col. Sanders. 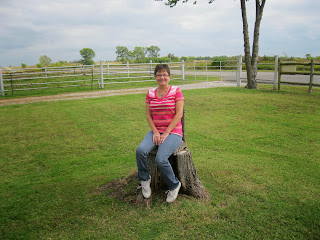 Angela taking a rest on a stump chair. And no it's not the old out house.
The Three Amigos.. 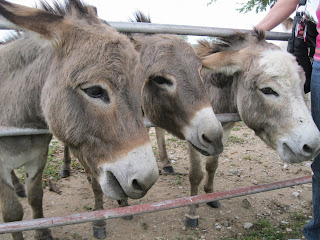 Posted by Kenny And Angela's Adventure at 9:21 AM 7 comments:

I have lost track of day's here at Amazon. This is the best I could come up with...

Posted by Kenny And Angela's Adventure at 6:22 PM 2 comments:

Got Crabs In Branson

Monday I told Angela I need to get some crabs before we leave Branson and head to Amazon.

So Angela said I needed to go to Joe's Crab Shack To get them. Here we are at Joe's and me with my crab bib on. 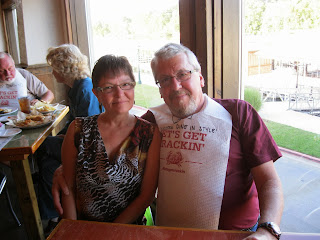 There they are in the bucket they brought me.﻿
﻿ 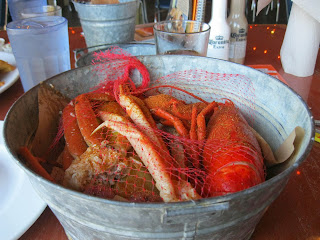 It also had this little guy looking at me in the bucket.
It was not bad but I have had better.. 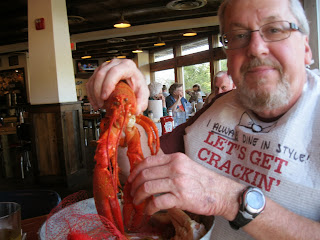 We left Tuesday morning for our 180 mile trip to Coffeyville, KS and Amazon.
Took us about 4 hours to reach Big Chief RV Park across the road from Amazon. It's not much just a field with about 200 spots with gravel and no tree's. It will do for what we are here for.
Tuesday and Wednesday we got settled in and took a drive around Coffeyville and found the Walmart and got me a hair cut.
Thursday was our first day at work it started at 8am and had 5 hours of  orientation and the same for Friday. 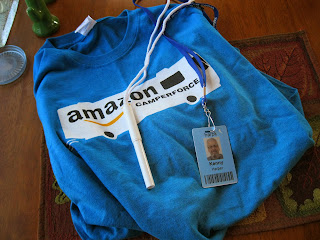 
How to tell if your dog is involved....in a sex scandal

Posted by Kenny And Angela's Adventure at 10:30 AM 4 comments: